New Single is out NOW! “Hail and Kill” (Manowar Cover)

Symphonic death metal quartet Genus Ordinis Dei have revealed a brand-new music video for their latest single, Hail and Kill. The song, which was originally written and recorded by the legendary power-metal band Manowar is out now via iTunes, Amazon, , and more! The video was directed by Steve Saints. Watch the‘Hail and Kill’ music video at

“We’ve always been true fans of this legendary metal band and we know that Manowar inspired thousands of bands,including us” says vocalist Nick Key. Guitarist Tommy Mastermind adds, “Representing the universe of Manowar in justone is song is not only hard, it’s impossible. We’re excited and honored to pay homage to the Kings of Metal with our cover version of Hail and Kill. We did our best to arrange a song that we, as true Manowar fans, want to listen and recognize as a true classic… Hail!”

Symphonic death metal quartet Genus Ordinis Dei are back in the spotlight with the release of a new music video for
the song ‘You Die in Roma’. The video was filmed at the Live Club in Milano, Italy while on tour in 2017. It was directed
by Giovanni Bottalico and Diego Alberghini of Melaz Studio. This is the third video from their latest full-length album Great Olden Dynasty which was released worldwide via Eclipse Records on November 24, 2017.

“The song You Die in Roma is about a gladiator who enters the arena” states vocalist Nick K. “We wanted to describe his
feelings, thoughts, and how gladiators really felt in that period. Many were deprived from their families, with some
treated as property, and used to provide entertainment for the crowd. We also decided to keep the name “Roma” in
Italian, first to remark our Italian origin and second, to honor the greatness of the roman empire.” Drummer Richard
Meis recalls filming of the video, “We shot this video at the very last minute, after coming back from almost forty days
on the road to play the remaining Italian gigs of the Delirium World Tour with Lacuna Coil. We were extremely pumped
to play our hometown show in such a beautiful venue in front of our families and closest friends.”

Italy’s fast-rising symphonic death metal pioneers Genus Ordinis Dei recently revealed a video documentary of the band’s latest music video, Cold Water. The visually stunning music video was directed by Steve Saints, and filmed in the dangerous Italian Alps (aka Dolomites) in Trentino, Italy. The band and crew spent a total of three days & two nights trekking across the snow-covered mountains at altitudes exceeding 7,300 feet above sea level, filming at both Pordoi Pass and Sella Pass. The Cold Water behind the scenes documentary video goes in-depth with the band on location in Italy while filming the video. Narrated by vocalist Nick K, the video features hi-jinx, candid moments with various members of the band, and a glimpse into the high-altitude drone footage.

The New Album “Great Olden Dynasty” Is Out NOW! 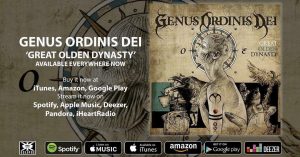 Brothers and Sisters, you can ORDER your SIGNED physical copy of “Great Olden Dynasty” NOW!

“GENUS ORDINIS DEI will release their upcoming second full-length album entitled Great Olden Dynasty on November 24, 2017 via Eclipse Records. The album features ten pummeling tracks of symphonic death-metal mastery, including Cristina Scabbia (Lacuna
Coil) on guest vocals for the song ‘Salem’. The cover art for the album was designed by Andrea Spoto, and the album was produced, mixed, and mastered by Simone Mularoni (Luca Turilli’s Rhapsody, DGM) at Domination Studio.”

We have just unveiled a stunning new music video for their latest single ‘Cold Water’. The impressive music video was directed by Steve Saints, and filmed in the dangerous Italian Alps (aka Dolomites) in Trentino, Italy. The band and crew spent a total of three days &amp; two nights trekking across the snow-covered mountains at altitudes exceeding 7,300 feet above sea level, filming at both Pordoi Pass and Sella Pass.
The song was written about an expedition gone wrong, and the rescue squad that was sent to find the missing explorers.
They eventually find the cave where the survivor lies, but is it too late? Watch ‘Cold Water’ now at this location to find
out for yourself!

‘Cold Water’ is the second single taken from their upcoming sophomore full-length album entitled Great Olden Dynasty
which will be released on November 24, 2017 via Eclipse Records. The album features ten pummeling tracks of
symphonic death-metal mastery, including Cristina Scabbia (Lacuna Coil) on guest vocals for the song ‘Salem’. The
album was produced, mixed, and mastered by Simone Mularoni (Luca Turilli’s Rhapsody, DGM) at Domination Studio.

“I have never walked so much in my entire life!” states drummer Richard Meiz. “I’m not a sportsman, so it was
challenging to do all that climbing with as much as 1 meter of snow under my feet, but we have seen places that some
people will never see. I feel very lucky about that!” Guitarist Tommy Mastermind elaborates, “The next video MUST be
about beaches and sun! We suffered intense cold, snow, and traversed several treacherous trails. We were tired as hell
and had to walk with no real sense of direction because the snow had covered the paths. At times, we didn’t know if we were about to fall from a cliff or not, but we’re lucky enough to have come back without injury! The vistas were amazing
and fortunately the weather cooperated, otherwise this could have ended up being a real story. I don’t think any of us
will ever forget this, and it was totally worth it!”

Pre-order Great Olden Dynasty full album on iTunes or Amazon, and immediately download the songs ‘Halls of Human
Delights’ and ‘Cold Water’ via instant grat! Also available for pre-order at Google Play, and on compact disc. Stream the
single ‘Cold Water’ via Spotify, Apple Music, and more at http://eclp.se/rgrtl

“Halls Of Human Delights” Is Back

We have released a new single and music video for the song ‘Halls of Human Delights’. The impressive music video was directed by Steve Saints.

‘Halls of Human Delights’ is the first single taken from their upcoming second full-length album entitled Great Olden Dynasty which will see a global release on November 24, 2017 via Eclipse Records. The album features ten pummeling tracks of symphonic death-metal mastery, including Cristina Scabbia (Lacuna Coil) on guest vocals for the song ‘Salem’. The album was produced, mixed, and mastered by Simone Mularoni (Luca Turilli’s Rhapsody, DGM) at Domination Studio.

“The song is about God’s creation of sin, and the fact that sins have been made to seem delicious when committed” states vocalist Nick K. “As more people commit sins, more souls are sent to the prison that God created for them until they are redeemed. We decided to represent the theme of the song in a luxurious but decadent hall as a metaphor to the joy of committing sin, but also to imply the feeling of emptiness when one’s sins are redeemed.” Guitarist Tommy Mastermind continues, “We decided to revisit this abandoned location we used for a previous photo shoot because it was perfect. We didn’t expect any problems, however when we arrived, there were dozens of people shooting an actual movie! The movie production troupe was using our hall as their control room, and just outside they were shooting some horror scenes. We were desperate because that was the only day for us to shoot before departing on tour with Lacuna Coil. Luckily some people on the production crew had heard of the band before, and were sympathetic to our dilemma. They moved their gear to the far side of the room and we literally shot the video while they were shooting their movie! It was a difficult but memorable experience!” 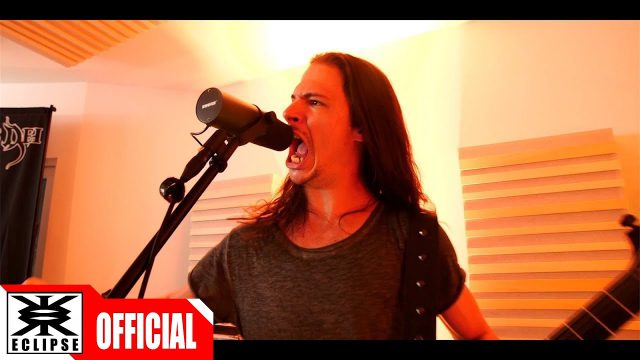 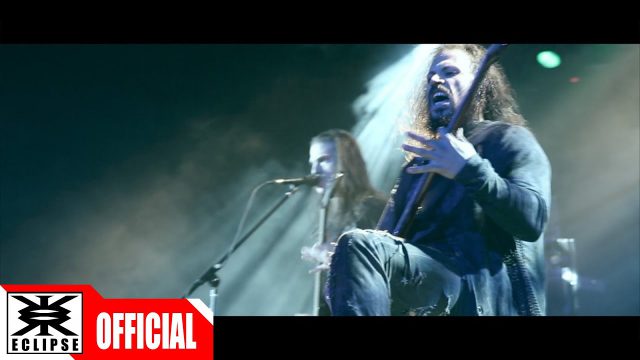 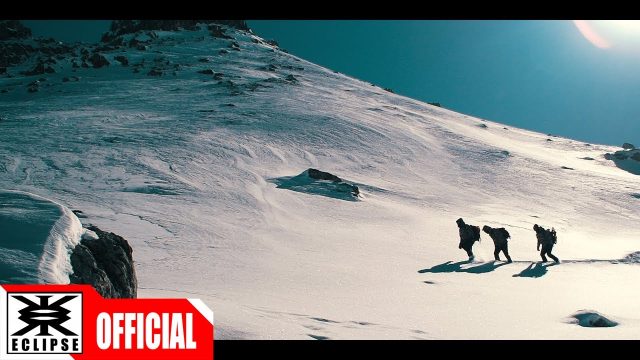 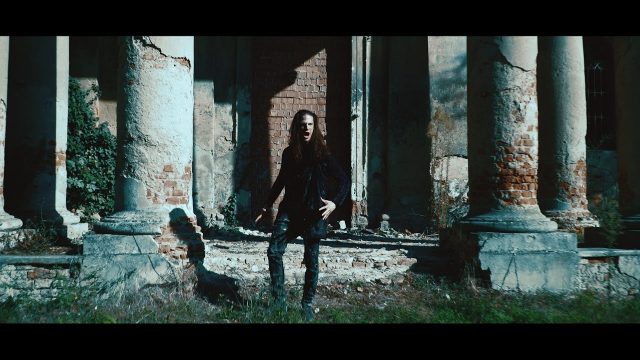 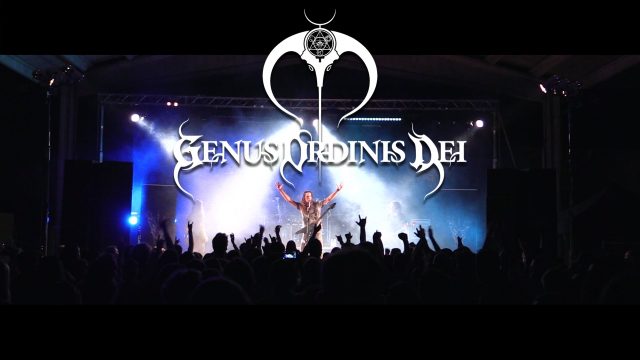 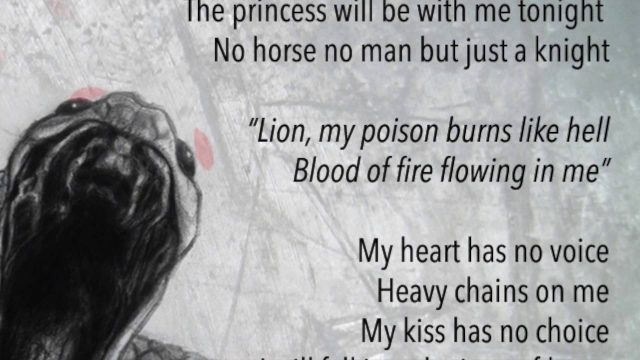 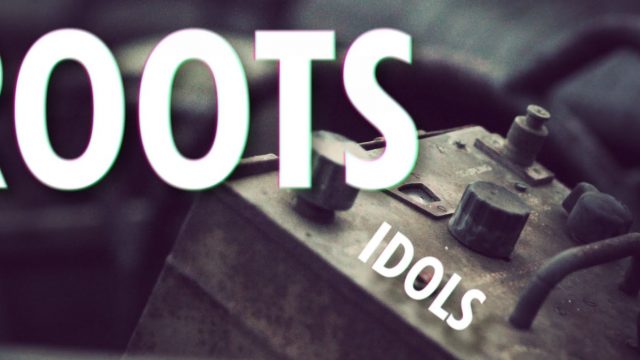 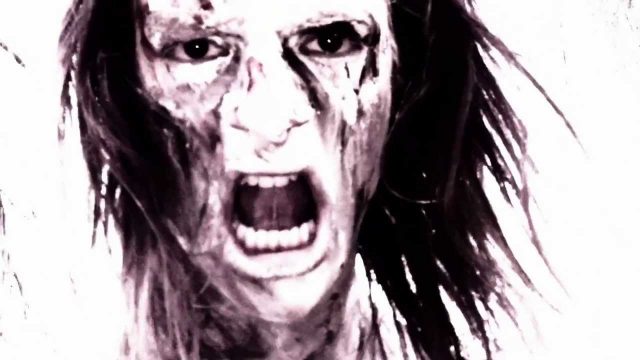 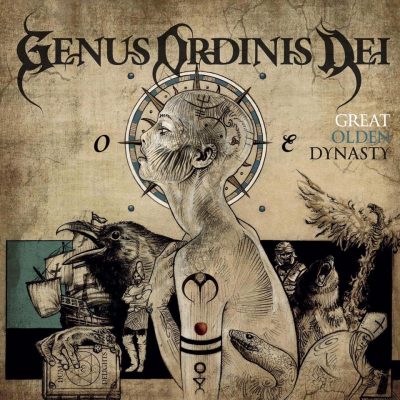 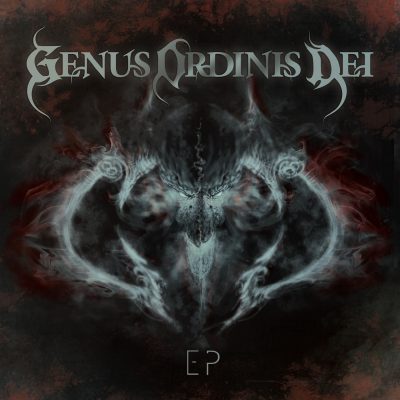 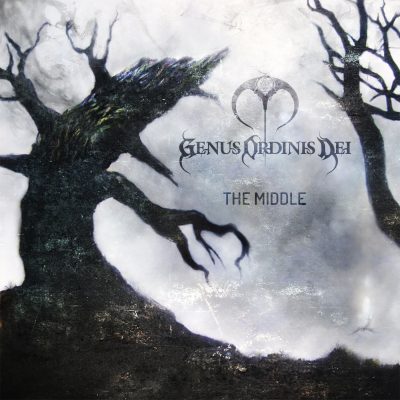 Genus Ordinis Dei was established in 2011 by a close circle of professional music instructors who graduated from Italy’s most respected music academies (RGA, MMI, NAM). Over the course of the next two years, the band sculpted its style, melting new millennium metal with symphonic sonorities. During this period the band started to define their artistic and musical identity, developing the idea for a trilogy where the first album to be released would be Act II of the story, entitled The Middle. The band independently released their self-produced album The Middle in 2013, heavily backed by an intensive run of live shows across Italy and Europe.

In 2014, the band met Marco Coti Zelati (Lacuna Coil) while on tour, and a friendship formed over the following months. In February of 2015, the band tapped him to produce their upcoming EP 2016 release. The EP was mixed and mastered by Simone Mularoni at Domination Studio, and the band signed to Danish label, Mighty Music. The Middle received a proper release in January of 2016, along with music videos for the songs ‘Ghostwolf’ and ‘Roots and Idols of Cement’. Shortly thereafter, Mighty Music released their 2016 EP, and music videos for the songs ‘From the Ashes’, ‘The Fall’, and ‘Cadence of War’.

In the Summer of 2016, the band returned to Domination Studio with Simone Mularoni as producer, to record their next full-length album entitled Great Olden Dynasty. The album is another exhilarating side-story to the trilogy, containing ten brand new tracks of symphonic, technical splendor. The album also features Cristina Scabbia of Lacuna Coil on guest vocals in the song ‘Salem’. After completing the album, they parted ways with Mighty Music, and the band began shopping the unreleased album for a new
deal.

In Fall of 2016 Genus Ordinis Dei was invited to join the Delirium World Tour as opening act for Lacuna Coil, where they completed a five week endurance of 31 gigs in some of Europe’s most prestigious venues. The tour was a great success for the band, landing them dozens of positive reviews in the press. Over the following months, the band entertained offers from several record labels. In the Summer of 2017 however, they finally signed a new, worldwide deal with U.S. label Eclipse Records.

Great Olden Dynasty will be released worldwide on November 24, 2017.

Between 2017 and 2018 the band has been on the road around Italy and Europe for some headline shows and as a support act for bands like Hell, Dark Tranquillity and Suffocation.

For any other information, feel free to get in touch!